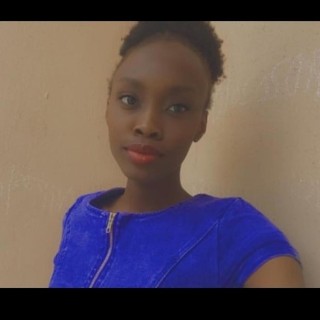 Hey hey everyone?, so today we’ll be talking about a trend that seems to be the order of the day in relationships and even friendships?.

Some of you might be confused ?,while some are wondering what the hell is ghosting ?. Well here comes google to put us out of our collective misery “the practice of ending a personal relationship with someone by suddenly and without explanation withdrawing from all communication”.  As brutal as this may sound both ladies and guys alike have taken this supposedly” easy route” to ending all forms of relationships.

I’ll limit our discussion today to mostly relationships, permit me to create a scenario (this scenario can apply to both sexes am not in any way outing the bulk of this issue on a particular gender).

Now  a lady called Jane meets Mr B and they click ,they start as friends and slowly become closer and closer with each passing day, soon Jane is head over heels for Mr B ,she begins to imagine a future already,she is patiently waiting for him to admit his feelings for her so they could make this friendship a relationship. And finally he pops the question on a Friday dinner date ,he confesses the feelings Jane has known he has had for while, he makes her feel like the only girl in the world ,he makes her feel like she has met the one guy who was created just for her. Jane agrees after making him promise to never hurt her and he wholeheartedly promises,it’s a night never to be forgotten Jane can’t help grinning from ear to ear ,she goes to bed having dreams of a bright future with Mr B beside her.
It’s few weeks/months into their dating suddenly the numerous calls begins to reduce and Jane doesn’t like it but Mr B convinces her that he’ll call once in a while but they should rather chat everyday, she ignores her instinct after all they chat and talk everyday, fast forward and they’ve had their fair share of quarrels and disagreements but like two opposites they attract even more. Things are going well it’s months to their one year anniversary and Jane’s birthday will soon be coming up as well,she can’t wait to see what Mr B has planned for her.
The chatting is becoming less but Mr B is apparently having phone issues so Jane isn’t overly worried, he calls her telling her his phone needs repairs and he would be off for a while but will still check up on her as often as possible ,Jane agrees they have a cute phone conversation just like lovers would do❤? .
Then one month passes by,her texts remains unanswered,her calls keep going through but no one’s picking up, two months pass by and the same thing happens ,she notices his Facebook account has been deactivated he seems to have vanished she is worried about the love of her life ,her birthday comes along and still no calls or texts, their anniversary comes soon after and still no sign of Mr B until one day she comes across a brand new Facebook account of Mr B and guess what the motherfucker has been active online ,then she does what she should have done she sends a break up !message that was received but never replied to.
Jane is crushed the love of her life is gone without even a sorry excuse of an explanation, she is in psychological pain did she really not deserve even an explanation for all this no matter how stupid it would sound,was she really that ugly and daft that she didn’t deserve to know what she did wrong to deserve this. Jane is thrown into folds of depression with thoughts upon thoughts piling up inside her head. She cant understand what went wrong their last conversation was filled with “I love you” from both sides. How didn’t she notice this was what he was planning,now left to pick up the pieces of her emotional life ,now left mentally scarred and emotionally drained ,now left with the fear of trusting another man with her heart –  SHE IS PERMANENTLY SCARRED. This betrayal has been forever carved in her heart, will she ever get through this hurt??

Am not going to sit here and judge and say it isn’t hard breaking up with someone you’ve come to love over a period of time -ofcourse it won’t be easy. But I think I speak for every human being when I say we would rather have the silliest of excuses like:I just want to focus on myself and my career right now – though the worst of excuses but is better having such a silly ass closure than none at all.

It sucks having to replay episodes upon episodes of your relationship just to try and understand what the problem is or what went wrong. It sucks counting oneself for the fault of another. And to anyone who has ever ghosted anybody at all I don’t care if you just weren’t feeling the attraction anymore or if you were just turned off by certain habits or if he/she was psycho -there’s no excuse whatsoever to be a coward cause u sure weren’t showing no cowardice when you entered head first into the relationship ?.
For anyone going through the pain of a breakup whether by a friend ,a partner ,a spouse or anyone you sincerely cared about or trusted . Am going to keep it real with you it’s gonna be hard to focus ,to not think about them everyday,to not doubt yourself and your attributes ? but then at that point is when you stand up and get your head out of the gutters. Now champ, dust yourself, scream to the high heavens if you need to , get a confidant someone you can confide and trust in,share your feelings in one way or the other even if it’s by crying into your pillows at night , take all the time you need to get that initial hate and anger out of your system ,learn something new to keep your mind of things,delete all their contacts and pictures and everything that would ever remind you of them.
Pick yourself up and remind yourself of the gem that you’re, common now stop blaming yourself for other people’s failure you’re not to blame and it isn’t your loss. Of course you wanted a happily ever after with them but they threw it all away for their own reasons so u get right up from that bed and be the best version of yourself that you can ever be.
You’re a star,a beauty to behold, a force to be reckoned with. Now don’t go rushing to the next man or woman for a relationship, use the time to place standards on yourself and never settle for less .

It ain’t easy but you’re no quitter and you’ll rise better in the end. If you must quit then by all means quit self-denial, quit self-hate, quit depressing thoughts, quit feeling down and out, quit self-doubt ,quit suicidal thoughts,if needed quit certain social media that would remind you or would want to force you to feel worse by presenting the society’s idea of a relationship . Quit them all and heal cause your life and success isn’t measured by any man or woman.